The short answer is no. In terms of the numbers of people dying, this is not yet Britain’s worst pandemic.

It’s not yet worse, in terms of deaths, than the worst weeks of the Hong Kong flu epidemic in the late 1960s and early ‘70s. It is almost certainly not yet worse than the A/H1 epidemic of 1951 and a long way off the Spanish Influenza of 1918 onwards.

There are two very big provisos: 1) we don’t have a lot of the data yet and 2) many of those epidemics happened in flu season; this is happening at a very different time of year. But set against them is the fact that the population is considerably bigger than in 1970 or before.

Still, it’s worth laying out some of the data because I’m conscious you might have seen this chart I put together last week.

It’s a chart I produced based on ONS data on how many people died of all causes in the England in the 14th week of the year, which is to say the week to April 3. This data matters because there are still some question marks over how well the numbers we get from other sources, primarily the government and National Health Service, are actually capturing the impact of COVID-19.

After all, there are lots of question marks over how to collect this data and what it’s really telling us so in the end a more comprehensive picture of UK public health is gleaned by looking at overall death numbers. And the picture from those statistics is pretty striking. According to the initial release from the ONS the total number of deaths that week, 16,387, was the highest of any week since comparable data began in 2005.

I put that chart above together based on 2020 data (the red line) vs the max and min death numbers from each week going back to 2010 (the story didn’t change much in 2005-2010). And as many people pointed out on Twitter, this chart rather underlines that this is no normal episode of the flu, as some would have you believe.

Still, is it the worst week for deaths ever? It looks like it according to those data and my chart above, but it turns out this isn’t the full story, because shortly after the ONS released that data, there followed this intriguing conversation between one current and one former statistician:

And as you can see if you look down the thread, when the ONS then looked back through its dataset it found a worse week than week 14 2020 in early 2000. So. It turns out this wasn’tthe worst week ever. Now, a few more provisos are in order here because that January 2000 number was probably inflated by a phenomenon you can see in the chart above. These numbers are dated by when deaths were registered, and the reason death numbers dip in late December and then rise in January is largely because the offices registering deaths are closed around Christmas and New Year, so there is always a backlog of death registrations in the early week or two of the new year.

Still, the exchange piqued my curiosity. What does that ONS dataset going back to the 19th century tell us about where we are now? Frustratingly it’s not very easy to get hold of. Some of the more historic numbers haven’t been digitised and so making a spreadsheet, let alone a chart, is quite challenging.

The closest thing I found was an ONS spreadsheet of daily deaths going back to 1970. With the help of Harry Kennard of UCL I’ve put that into a chart of weekly deaths since 1970.

As in my other chart, the red line denotes the number of weekly deaths each week so far this year. The blue circles represent weeks going back to 1970. Hover over them and you can see when each week was.

And as you can see, while the pattern is not dissimilar to the chart I produced last week, in this case our latest 2020 week is not the worst week in history. In fact, there were 12 other weeks since 1970 where more people have died in England and Wales. At the top of the list is the second week of January 1970, when Britain was still in the midst of the Hong Kong flu pandemic.

And in case you’re wondering whether those January figures are being inflated by the “backlog effect”, I am told that this 1970s era data series is based on when deaths occurredrather than when they were registered, so this “registration effect” may be less marked for the early data.

Anyway, there were also some weeks at other points of other years which were higher than the 2020 week 14 total. There was week 8 in 1976, for instance, when Britain was facing a severe flu pandemic. Week 9 of that year was very severe as well – a touch more than the deaths numbers in week 14 of 2020.

In short, then, the conclusion from this data is that there have been worse weeks for UK mortality than the one the ONS reported on last week. I haven’t yet been able to go back further in history and compare weekly numbers with previous epidemics, though I’m in the process of trying to get hold of that data (and if you have it yourself, please do get in touch!).

However, we do know from monthly data series that there were some epidemics prior to 1970 that were as bad if not worse – for instance the 1951 flu epidemic, as you can see from this chart:

Still. All of this might well prove to be moot since tomorrow the ONS will be releasing week 15’s all cause deaths numbers and if this chart from Public Health England is anything to go by it might well be even worse than any of the weeks you can see dotted in the interactive chart above.

Once those numbers come out tomorrow I’ll update the chart above and post a new version so we can see how it compares. This pandemic is not, at least as far as the deaths numbers we have today, worse than the Hong Kong flu of the late 60s and early 70s. It’s not as bad as the epidemic of 1951. It’s not as bad as the Spanish Influenza. Will that still be the case tomorrow? Let’s see.

Someone asked an interesting question at the Institute for Fiscal Studies’ post-Budget briefing yesterday: have we ever seen a squeeze
Oct 29, 2021
4 min read
Oct
12 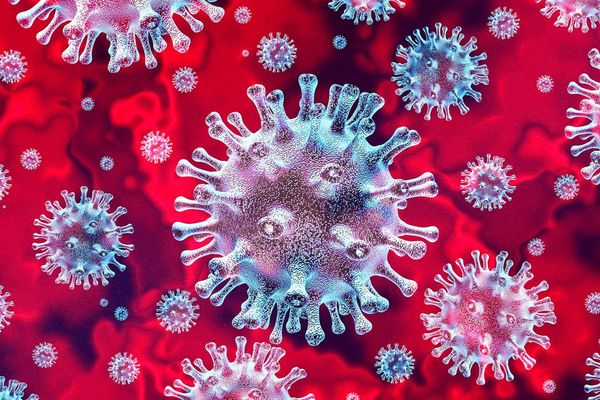 One of the big economic and social stories of the past year is that for the first time since WWII
Sep 13, 2021
7 min read