Let’s start with the big one.

It might sounds a little over the top, but the entire purpose of the conference was to prevent the economic disasters (The Great Depression, disastrous hyperinflation in Germany) that followed WWI.

Given they were a large part of the reason for the rise of Hitler and outbreak of WWII, there was a fear that if there wasn’t a proper deal on the world economy in 1944, there could quite easily have been another war

2. It all took place in a surreal Shining-style hotel in the middle of nowhere

The Mount Washington Hotel was one of the world’s grandest gilded era hotels, miles from anywhere in the foothills of the White Mountains in New Hampshire. But by this point it had been abandoned for years, and was falling apart at the seams.

Moreover, it was so far from civilisation, and the conference brought together so many argumentative people, determined to get their way, that one newspaper editor said “It’s a great spot for a murder”.

3. There were international celebrities

Via Gamma-Keystone via Getty Images

John Maynard Keynes, the great economist, and his wife Lydia, were almost improbably famous. He was perhaps the most prominent intellectual in the world. She was among the world’s most famous ballerinas (in her youth). Their wedding, shown above some decades earlier, was genuine front page news.

At the heart of the conference was a battle between Keynes (left) and his American counterpart Harry Dexter White.

For most of their lives, the two couldn’t stand each other. They fought, shouted at each other, threw documents around and hurled insults around.

The reason? They both had different ideas about how the world economy should be structured in the future. In short, Keynes’s idea was that debtor countries (like Britain) should be penalised less in the future. White wanted nothing to do with it.

5. There were late nights

In order to get the agreement sealed in the space of three weeks, the participants had to work through the night.

The whole ordeal was so stressful that many of them broke down with emotion. One of the most prominent negotiators (described by the Britons as a “bull of a man”, burst into tears at one of the sessions. The only way most of them could sustain themselves was on a diet of coca-cola and lots of alcohol.

6. There was dancing and cavorting

The hotel had invited along dancers, the world’s most famous magician and a lot of booze to try to keep the delegates going.

Every night at about 1:30am the technicians would go downstairs to the nightclub for a half hour drinking and dancing session, before heading back upstairs to carry on with their drafting.

Above you can see the Ecuadorian delegate mending the dance instructor, Mignon MacLean’s bracelet. What a helpful fellow!

7. The war was still raging

The conference had to be delayed by a few weeks because of D-Day. And as the European participants set off for the US, the first of Hitler’s V1 bombs were falling on London.

The capital was facing its second blitz, putting extra pressure on the negotiators. Every morning began with an update of how the fighting was progressing. After all, many of the participants’ children were fighting in Europe and the Pacific.

8. One delegate came straight from a POW camp

Alexander Argyropulos of Greece, on the right, had just escaped from a Nazi camp. This is him arriving in New York on his way to Bretton Woods. It was the first time he had seen his wife and daughter in three years.

Halfway through the conference Keynes had a heart attack. He was taken up to his room and doctors attended to him urgently.

Though he played it down, it was so serious his colleagues worried that he might not make it through the conference. And somehow reports got back to London that he was dead. His obituary was published in Germany to great celebration (as Keynes was considered one of the real behind-the-scenes threats by the Nazis).

White, who was in charge of the American team – and whose plan was the one adopted at the conference, was secretly passing intelligence to Soviet agents who were there at Bretton Woods itself.

He was later accused by the FBI of being a Soviet spy, lost his job and four years later had to testify before the House Un-American Activities Committee (above). Three days afterwards, he was dead.

11. It changed the world economy forever

It was at Bretton Woods that the International Monetary Fund and World Bank were set up.

They are still at the very centre of the world economy. When there are crises, it is the IMF which steps in (as happened in the recent euro crisis); when countries need help getting off the ground, the World Bank gets involved.

These institutions would never even have existed (and the economic history of the past 70 years would have looked totally different) were it not for what was agreed at the Mount Washington Hotel.

However, the Bretton Woods system itself would not last forever…

12. It led to stronger growth, while it lasted…

The system established at Bretton Woods – with managed, fixed exchange rates and controls of movement across borders, only lasted for about 20 years.

But those 20 years had stronger growth than in any other comparable international monetary system. Inflation was lower, too, than since the early 1970s, when the system broke down.

The Bretton Woods period, with its firmer rules on flows of cash between countries, also contributed to a far more stable financial system than we have had since

14. But since the 1970s we’ve been forgetting many of the lessons from Bretton Woods

During Bretton Woods, the imbalances between debtor and creditor countries were comparatively small.

But they have widened dramatically since the system of fixed exchange rates and capital controls came to an end in the early 1970s. Those big imbalances you see on the right hand side of this chart are part of the explanation for the recent financial crisis (as indeed were the big imbalances that preceded the Great Depression).

In other words, if we are going to fix the world economy properly (as opposed to the quick fixes we’ve had in recent years), we may need to think a little bit harder about what made Bretton Woods a success, and how much of that we can put into place today.

But the main thing to remember is that Bretton Woods wasn’t just about the economics, it was also about the characters involved. Here’s a rare picture of Harry Dexter White playing volleyball.

He was very keen on the sport, and set up a couple of matches between the Americans and the Russians during the conference. The Russians were captained by Nikolai Chechulin, the KGB man White was passing information to. Oh, and the Soviets won both times.

Find out even more in…

All these stories (and, for that matter, pictures) and many, many more can be found in my book, The Summit. This really is one of the most fascinating and dramatic tales I’ve come across.

And it’s of interest and relevance far beyond the world of economics. If you’re wondering why we never seem to learn the lessons of the past, and why we seem to be muddling our way out of the last crisis and, maybe, into another one, there are countless lessons and stories you might find interesting in the book.

Get it from Amazon or from my publisher, Little Brown. And read the full prologue in pdf form here. 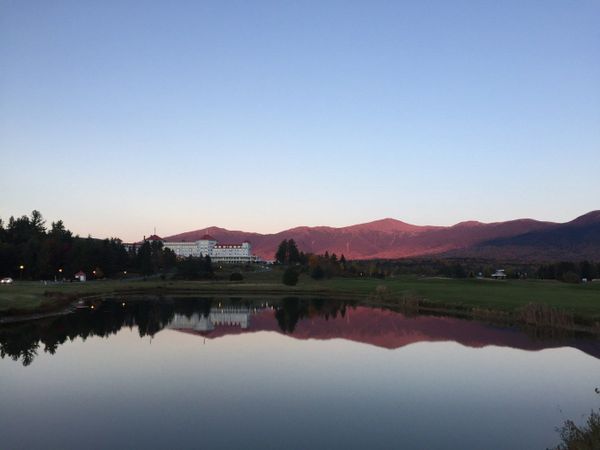 Bretton Woods: could we do it all over again today?

It’s a little-known fact that John Maynard Keynes was dosed up on mind-altering drugs when he carried out one
Feb 25, 2015
5 min read